Which render you should select? Several thoughts about it

0 Comments
There are various kind of renders. For instance, you can pick up between mineral, acrylic and silicone renders. If you are not a specialist in this field, it may be not easy to make a decision. 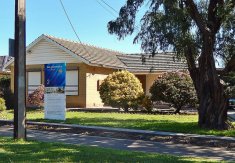 Thus this short text will give a chance to become familiar with two kind of renders: silicone as well as acrylic one.

Acrylic render like render could be described as a type of plastic. As a result of this, it provides a great grease and water resistance. Furthermore, this sort of render will help you to keep a colour alive for much longer, thus you do not need to worry about colours fading too fast. It is necessary to mention, that this type of render is also the cheapest among all kinds. Thus, it is the most repeatedly chosen one, as it is more affordable for the bigger group of people.

Nonetheless, there are also some things that you should know about this category of render. To get started with, it is not breathable. In practise this means that it is useless to put it on any kind of breathable insulation products as it would be simply a waste of money.

It is also crucial to know, that it is smart to avoid installing this category of render during the cold months or when it rains.

Why? ‘Cause the system needs at least several days to “cure” earlier become properly working.

eventually, – all sort of renders has some advantages as well as disadvantages. The final decision regarding which one to pick up should be made after careful consideration of all of described factors.